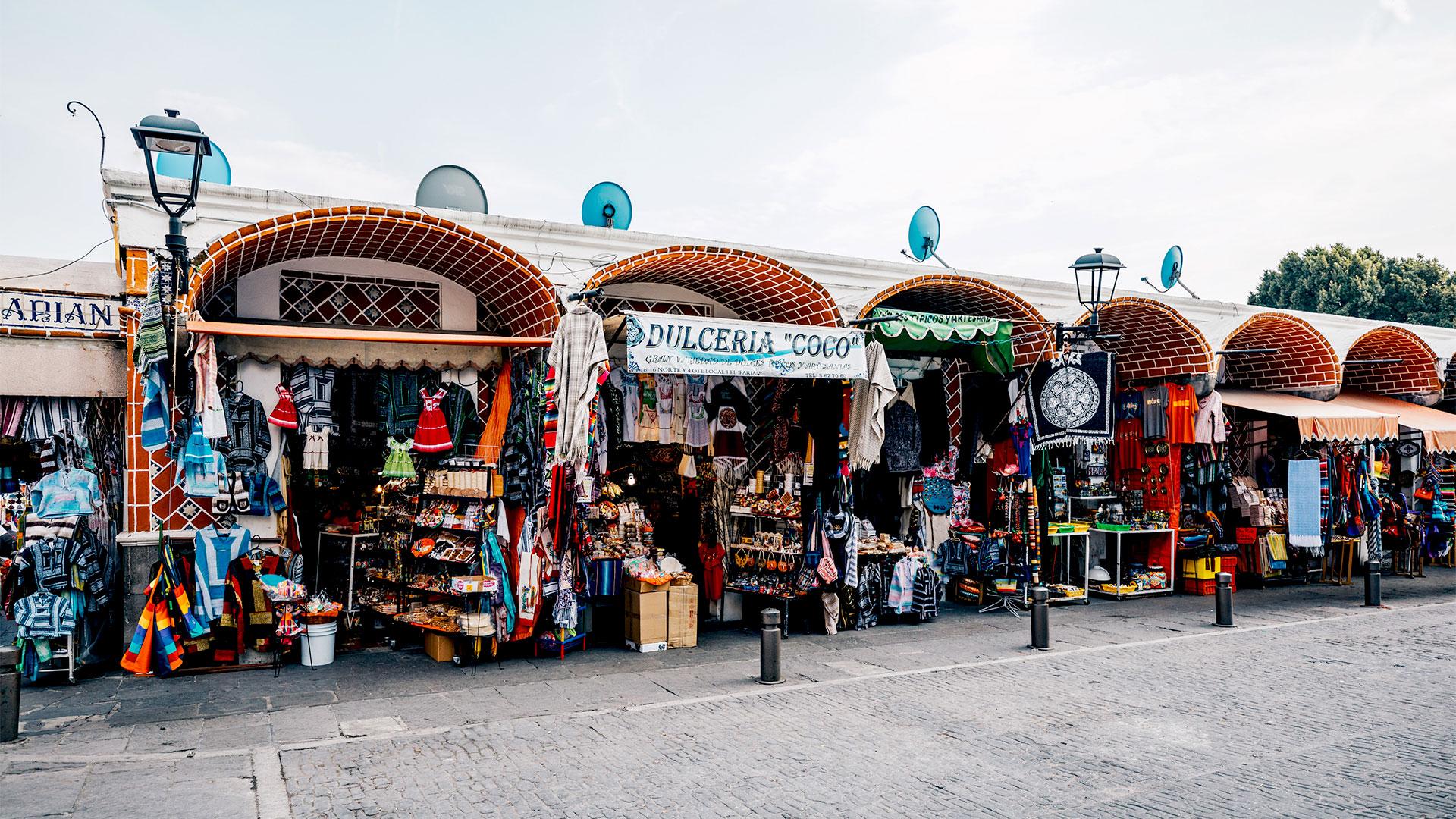 Things to do in Puebla México - Essentials

Puebla’s main square, the Zocalo, is situated in the heart of the city and surrounded by stately historical buildings, monuments and green spaces. The vibrant tree-lined square is a perfect starting point for a leisurely walking tour beginning with the nearby Puebla Cathedral, the town hall (Palacio Municipal) and three sets of arched hallways known as Portales—Portal Hidalgo, Portal Iturbide and Portal Morelos—which are renowned for their broad range of restaurants and bars. Visitors are encouraged to sample a drink while listening to marimba melodies, enjoy a cocktail at Nevados Don Hermilo and try a typical cemita (sandwich) from Meche.

One of the most impressive churches in Mexico, Puebla Cathedral is a treasure of colonial architecture and artwork dedicated to the Immaculate Conception. Designed by Francisco Becerra, the first stage of construction took place between 1575 and 1618. The second phase was directed by Bishop Juan de Palafox y Mendoza who consecrated the cathedral in 1649. The main structure and interior design include mainly Baroque and Neoclassical features. Reaching over 70 meters, the cathedral’s towers are the tallest in the country. Designed by Manuel Tolsa, the stunning main altar depicts the kings and queens of 17th-century Europe, while the painter Cristobal de Villalpando decorated the dome of the apse chapel. The choir is an exquisite example of Mudejar artwork with inlaid wood of eight different varieties. According to local legend, the nine-ton main bell was raised at night by angels while the workers slept.

Hailed at the time as the “Eighth Wonder of the World,” the beautiful Rosary Chapel (Capilla del Rosario) was consecrated in 1690 following 40 years of construction. Attached to the Temple of Santo Domingo, the chapel is bathed with natural light. The walls and ceilings are entirely covered with masterful paintings, ornate sculptures, elements of Talavera Poblana and plasterwork covered in dazzling gold leaf. The lavish chapel is considered to be one of the finest examples of Baroque art in Mexico.

Forts of Loreto and Guadalupe

The forts of Loreto and Guadalupe were chapels modified for military purposes in the nineteenth century. Serving as strategic points during the French invasion of 1862, they were the site of one Puebla’s greatest historical moments, the Battle of May 5th. Today, the Mexican army’s victory is celebrated as Cinco de Mayo. In 2012, on the 150th anniversary of the heroic battle, the site of the forts was remodeled to include pavilions, enhanced gardens and a lake where visitors enjoy boating, jogging, picnics and “Nights of Legend” over-the-water video projections showcasing the history of Puebla. Cultural venues at the site include the Museum of Non-Intervention, the Regional Museum of the National Institute of Anthropology and History, the Interactive Museum of the Battle of Puebla, the Museum of Evolution and a planetarium. At the close of the day, a cable car ride down to the city’s historic centre provides magnificent views of Puebla and the surrounding volcanoes.